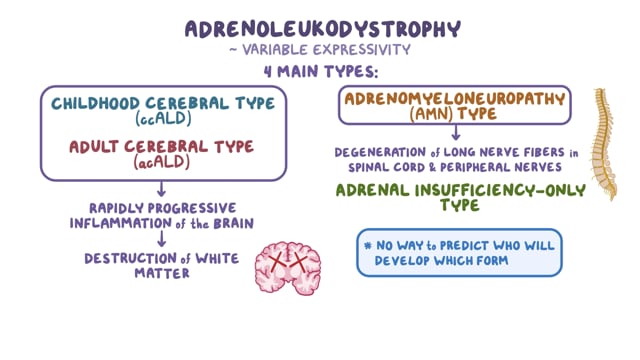 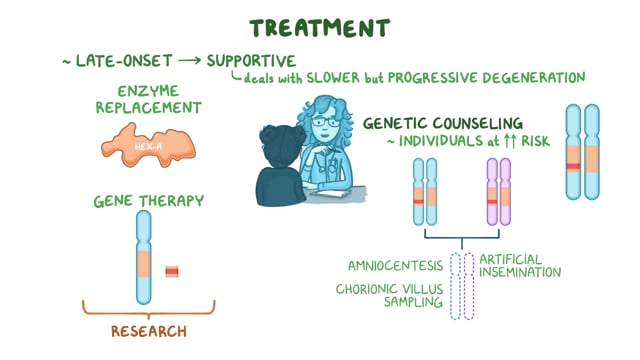 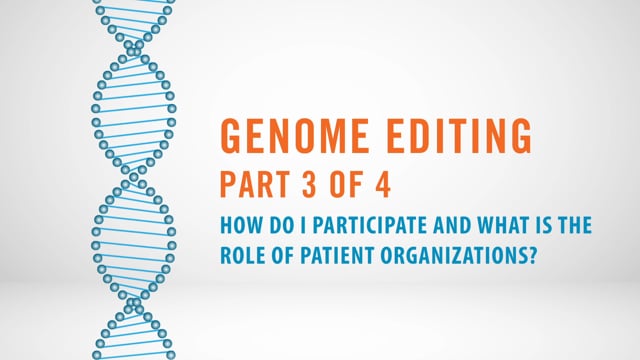 Niemann-Pick Disease Types A & B - Video

Acid sphingomyelinase deficiency (ASMD) is a rare progressive genetic disorder that results from a deficiency of the enzyme acid sphingomyelinase, which is required to break down (metabolize) a fatty substance (lipid) called sphingomyelin. Consequently, sphingomyelin and other substances accumulate in various tissues of the body. ASMD is highly variable and the age of onset, specific symptoms and severity of the disorder can vary dramatically from one person to another, sometimes even among members of the same family. The disorder may be best thought of as a spectrum of disease. At the severe end of the spectrum is a fatal neurodegenerative disorder that presents in infancy (Niemann-Pick disease type A). At the mild end of the spectrum, affected individuals have no or only minimal neurological symptoms and survival into adulthood is common (Niemann-Pick disease type B). Intermediate forms of the disorder exist as well. ASMD is caused by mutations in the SMPD1 gene and is inherited in an autosomal recessive manner.

There are three disorders known as Niemann-Pick disease, types A, B, and C. These disorders were initially grouped together because similar symptoms, but we now know that they are different diseases. NPD types A and B are due to mutations in the SMPD1 gene, which causes a deficiency of a specific enzyme, acid sphingomyelinase (ASM). NPD type C is due to mutations in one of two different genes and does not involve a deficient enzyme. NPD type C is now considered a separate disorder, distinct from Niemann-Pick disease types A and B. NORD has an individual report on NPD type C in the Rare Disease Database. ASMD is also known as acid sphingomyelinase-deficient Niemann-Pick disease.

ASMD has traditionally been broken down into two subgroups – neuronopathic (type A) and non-neuronopathic (type B). Neuronopathic refers to disorders that damage brain cells (neurons). Type A generally causes severe neurodegenerative disease during infancy, while type B is generally not considered to be a neurologic disease. However, since cases fall in between these two extremes, such broad designations can be misleading. Some researchers use acid sphingomyelinase disease type B to refer to all mild and intermediate forms, which can include those that have neurological findings.